The EEA has recently published a report entitled “Land recycling in Europe“, which presents approaches to measuring the extent and impacts of redevelopment and densification of previously developed land. 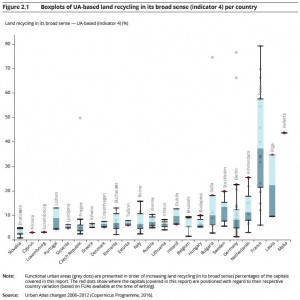 On average, land recycling has increased in Europe but the levels remain low compared to land take, the report shows. Based on Copernicus satellite data, land recycling as a share of total land consumption across EEA member and cooperating countries (EEA-39) has increased from about 2.0-2.2 % in 1990-2000 to about 2.7-2.9 % in 2006-2012. However, the rates vary considerably across countries.

The report is fully available in PDF following this link.

3,293 thoughts on “Land recycling in Europe”