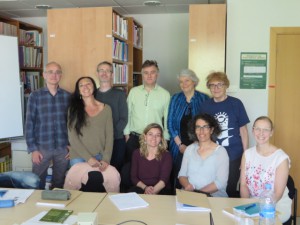 The UAB’s CER-ARCTIC Research Centre organized the past 24-27 April 2018 in Barcelona the 1st ARCTIC research Week, with the participation of renowned experts in Arctic communities. The week began by a CER-ARCTIC internal meeting, followed by 2 days of visit to the Garraf and Barcelona Coast, and ended with the First International Conference on “Indigenous Peoples in cold Climates” on the 27th April, , an event for the promotion and dissemination of scientific activities on the Arctic in Barcelona.

At the 24th April meeting, researchers and collaborators of CER-ARCTIC discussed the preparation of potential research proposals with other Arctic institutions. They also discussed the organization by the UAB’s ARCTIC Research Centre, of several international conferences and CER ARCTIC meetings in 2018 and 2019, with the aim of strengthening the collaboration with the international network of Arctic centres and other polar research institutions.

The Arctic Research Week began the 24th April with at the Universitat Autònoma of Barcelona, with the attendance of visiting researchers Tanja Joona (Arctic Centre of Lapland University in Finland) and Níels Einarsson (Stefansson Arctic Institute in Iceland). The meeting helped to strength the collaboration among the CER-ARCTIC researchers and collaborators. Several main research lines were identified to prioritize the work at the Centre:

On April 25th and 26th, the events of the Arctic Research Week continued with the organization of visits to the harbours of Vilanova i la Geltrú, but also in Sitges and the Garraf coast, where have been made repeated whale sightings of the specie Baleanoptera physalus, the common Rorqual, connecting the Mediterranean with the Arctic.

In Barcelona, a visit organized in the harbour allowed to meet different fishermen and take contact with Cristina Caparrós for further collaborations on fishermen‘s heritage. As well, a number of interviews were programmed to explore the role and function of women in the fisheries, comparing the Mediterranean and the Arctic. The visits where coordinated by the Director of CER-ARCTIC Françoise Breton, and featured with the participation of visiting researchers Níels Einarsson and Tanja Joona.

The UAB’s Arctic Research and Studies Centre CER-ARCTIC, in collaboration with the Stefansson Arctic Institute in Iceland, the Arctic Centre of the University of Lapland in Finland, and the Sustainable Development Advisory Board of Catalonia (CADS), organised the 27th April the First International Conference on “Indigenous Peoples in Cold Climates”. The event took place at the Doctor Melcior Colet Museum and Centre for Sports Studies in Barcelona (Carrer de Buenos Aires 56).

The conference focused on experiences in social realities, marine and land rights, the “commons” and the relationships with nature among indigenous communities and other communities living in the Arctic. According to the organisers, “there are still many aspects about the Arctic which remain unknown in Western societies, and it is an honour to give visibility to those who during centuries have lived in these cold climates, and who often do not have a say in climate change and the global impacts affecting their land”.

The event was attended by the Vice-Rector of Research and Transfer of the UAB, Dr. Armand Sánchez, and they participated, among others, guest speakers included renowned experts such as Isabel Pont, member of the Sustainable Development Advisory Board of Catalonia (CADS), Government of Catalonia; Montserrat Ventura, Head of the Social and Cultural Anthropology Department of the UAB; Tanja Joona, researcher at the University of Lapland in Finland; Alfredo Prieto and Jorge Gibbons of the University of Magallanes in Chile; and Níels Einarsson, Director of the Stefansson Arctic Institute in Iceland.

The weekly magazine ‘El Temps’ covered the conference and published an article.

At the end of the international conference, a lunch for the guest speakers was organized by the Stefansson Arctic Institute and closing the events of the 1st Arctic Research Week. 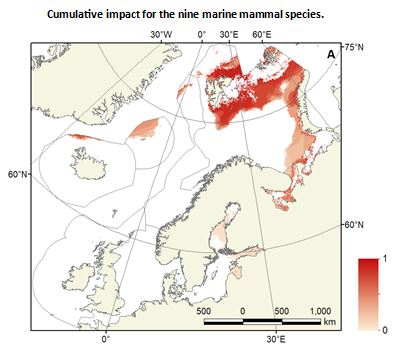 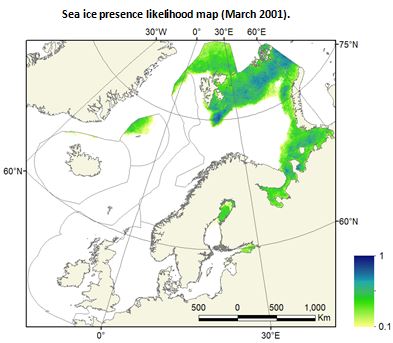 The Mediterranean coastal zones are among the most threatened by Climate Change effects, also considering their environmental and infrastructural value and concomitant strains like erosion, salt water intrusion, littoralization, etc.. The project COASTGAP was born after more than 10 years of shared experiences in this field, among many Mediterranean coastal Administrations and Institutions, which established the cluster FACECOAST (www.facecoast.eu) in 2011. COASTGAP aimed to capitalize 12 best practices from 9 projects of the cluster (from MED and other programmes), to produce governance and adaptation policies aimed to reduce risk along coastal zones and foster their sustainable development (there were 15 institutions involved). In order to provide an operational and coherent strategy for the 2014-2020 financial period, supported by multi-level agreements among coastal Administrations, COASTGAP aimed to design, characterize and prepare to launch the Joint Action Plan on Adaptations to Climate Changes in MED Basin.